Kids are fine — especially when we’re talking about Linda Lindus. When NME Caught last with young punk rockers – Bella Salazar (17), Lucia de la Garza (15), Alois Wong (14) and Mila de la Garza (11) – they already made waves as a formidable force were attracting co- cues and support from legendary rock peers such as Bikini Kill and Alice Bag. “We’re processing all of these things slowly, and taking it moment by moment,” says Lucia.

Since then, the band has released their first full-length album, ‘Growing Up’, a record that sees them more confident, playful and versatile than ever before. With the pandemic banning touring and, more pressure, school periods now over for the group, Linda Lindas is now taking her riot grrl energy around the world, playing shows across Europe and the US – so far. Best summer vacation of all.

for the latest version of NME In the Conversation series we sat down with the band backstage ahead of their first UK headline show at London’s O2 Academy Islington, to discuss the world tour, their debut album and the music that makes a difference. Here’s what we learned.

Their debut album ‘Growing Up’ reflects each member’s individual songwriting style and approach.

‘Growing Up’ was a team effort. Written separately during lockdown and sheltering girls through online school, the album pulls together each band member’s musical and personal perspective, while maintaining a distinctive “Linda Lindas” tone.

For example, ‘Nino’ ​​and ‘Quantas Vesas’ are Bella’s songwriting manuscripts written about her, respectively. “barbarian cat” Nino (her cats are one of her favorite musical subjects – Monica, her other cat, is the band’s previous LP.

“We were really proud to put the album out,” says Lucia. After the “Racist Sexist Boy” video came out, I was worried about what we’d do next. It’s scary to have so many eyes on you at such a young age, especially when you’re putting a part of yourself out there. And that’s the album is – parts of each of us.”

They wanna make music that makes a difference

As a young, all-female, “half Asian half Latinx” punk band, Linda Lindas knows the importance of representing themselves in traditionally exclusive venues. “We had a lot of female artists that our parents put in for us, and we were surrounded by different parts of the culture in music. And it’s really special, and now we want to do something. We tell that Wishing you were allowed to take up space and you were allowed to do music, there are a lot of people who feel they are not allowed to do that,” says Lucia.

Beyond representation alone, it is important for bands to create music with a message. “I’ve always loved music that not only sounds good but can really make a difference,” shared Eloise. “Bands like Bikini Kill, Alice Bag and Neighborhood Brats – they all write really good songs, but their songs matter, you know?”

“Music also expresses the anger we feel [about everything]”, continues Eloise. This anger is evident in his songwriting – he wrote ‘Okay’ in protest of the dismissal that everything is fine when it isn’t. “You hear us screaming but you don’t feel a word / You know we’re dying but you say we’re fine”, she screams on the track, “So many things in this world are depressing — racism, sexism, harassment in general, and how normal it all is. It makes me really angry and sad, and it makes me so ‘Racist Sexist Boy,’ Fine ‘ and ‘Why’ [all written by Eloise]They really help me take that all out.”

Linda Lindas’ latest music video, ‘Why’, features the band playing in a room filled with cardboard cutouts. These were actually Eloise’s creations. “I drew all those cardboard cutouts you see in the audience”, she explains. “It was a performance video and we wanted to make it a little more interesting. I thought, ‘Hey! I can charm all the members of the audience!'”

“We have a lot of creative control over our music videos,” Lucia explains. “We pick songs, decide what we want to do, we talk to labels and find a director, who is often our close friend.” The band explains that they collaborate closely with the creative team, sharing ideas between them. On the ‘why,’ these ideas included a mini food fight and cake throwing. “Don’t worry, we ate the cake afterwards so nothing was wasted”, notes Eloise. Mila adds: “They say the food fight was petty… but I’m the one who cracked the cake in my face!”

Speaking of nothing wasted, Bella is a keenly sustainable clothing designer and has started creating outfits for bands. Recently, the girls wore Bella’s creations while playing Primavera Sound in Barcelona. “I’ve designed eight pieces in four of our band members so far”, she says. “I really like to use stuff that is being thrown away, because the fashion industry is one of the most polluting industries. I want to be influential and not add to the millions of clothes that are wasted every year.”

They’re making the most of their school break – traveling the world, playing festivals and meeting their rock and roll idols

With most of the bandmates still in school, the long summer break becomes rock and roll’s prime time. “After not playing shows for two years, the fact that we are now in Europe playing big festivals, as well as having our own club show in London is incredible,” says Lucia.

Being in London is especially meaningful to the band, for whom punk rock tradition is always top of mind. “We’re living in Shepherd’s Bush, where some of The Clash and the Who Are From”, Eloise smiles excitedly. “It’s so exciting to be here.”

The band played on Primavera Sound’s opening day in June, the same day that Bella graduated from high school. “I skipped the ceremony”, she smiles. “It’s awesome to be able to say that I lost my bachelor because I was playing a show in Barcelona. Kinda punk rock!”

Primavera was one of the band’s first festivals. Lucia reflects, “Looking into the audience can be scary – you don’t know how many people are totally there for you”. “But we just have to win those guys, right? Festivals are good because they’re so big, and we get other bands too.”

They stay connected through normalcy, routine, and bubble tea

Growing up is chaotic enough, let alone when you’re a rock star. How do girls keep up with all this? “It’s getting boba!” Bella jokes.

But she’s not really kidding. The band maintains a tradition of trying bubble tea in every city. “In London, we’ve gone to T4 and Ding Tea”, he explains NME efficiently. “We went to Zenzu in Barcelona, ​​and couldn’t find anyone in Germany – we were only there for one night and the closest was a mile away.”

“I think it’s the sense of normalcy that helps us”, Bella explains. Lucia agrees – “Having a routine really helps me. School is really good that way. Plus just reading a book, taking a walk, all those things people tell you to do.”

Hollwood Gossips
What is the difference between alex jones and monkeypox? John Oliver explains 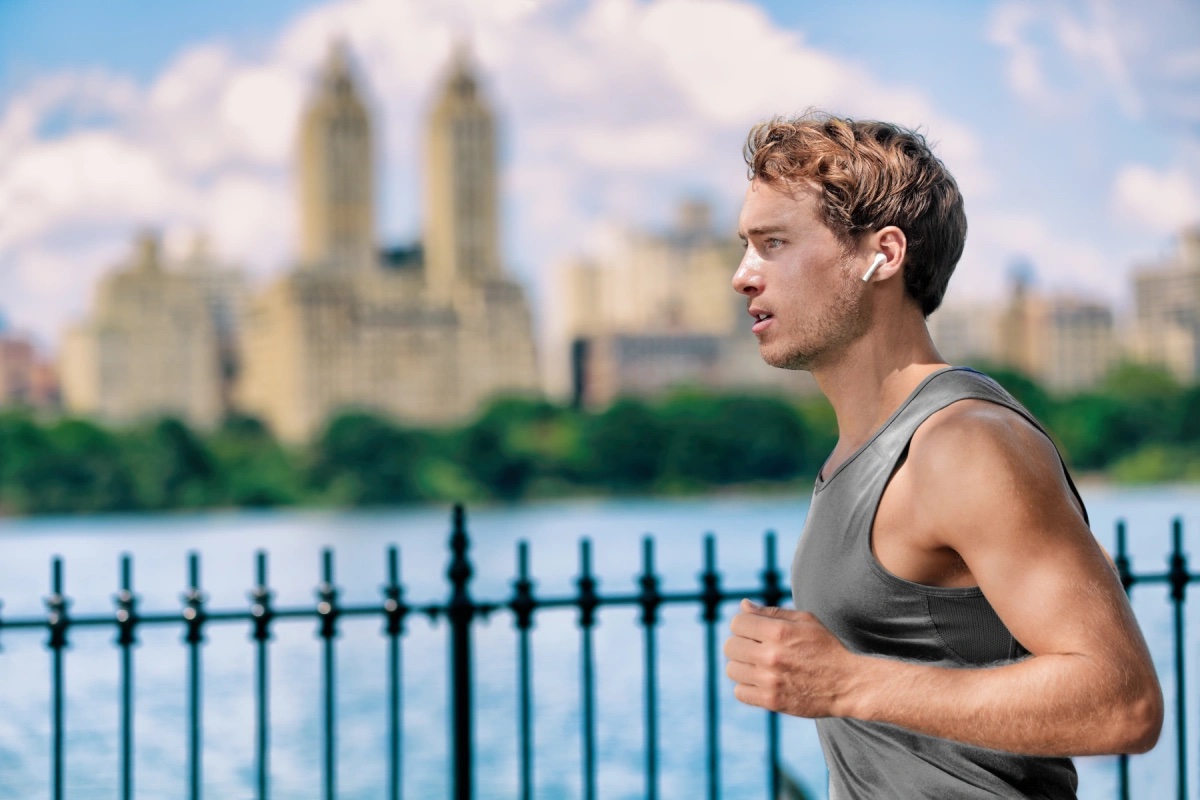